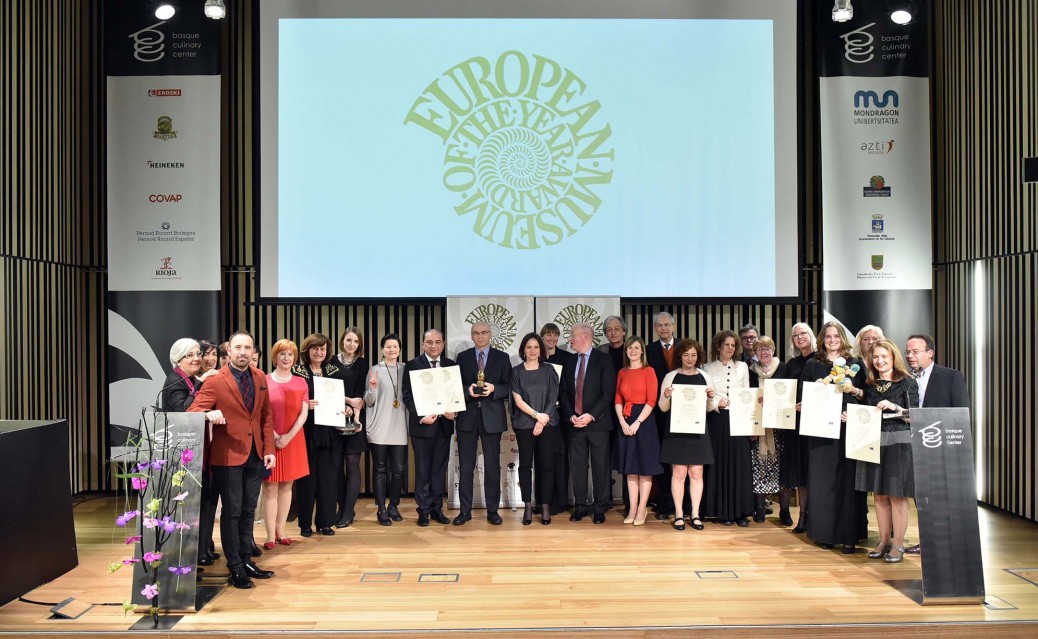 The European Solidarity Centre is a museum embedded in a larger context of an educational, research and academic centre, an archive, a library and multimedia library, a conference centre and home to a number of NGO’s in a monumental new building situated in the symbolically significant neighbourhood of the Gdansk shipyard district, the site of the origins of the Solidarity movement.

The permanent displays comprise a rare, evocative and enticing narrative, dense with information and charged with emotional content, of workers in their work environment, of personal involvement, of an empowerment through solidarity between otherwise powerless people who proved resilient enough to make one of the world’s toughest political systems stumble.
It defines itself as a place where history meets the future, and stretches the concept of a museum into a public meeting space focused on citizenship, democracy and solidarity.

The Silletto Prize recognises excellence in working with the local community and involving volunteers. It goes to the Vukovar City Museum, Vukovar, Croatia.

In 1991, during the war in former Yugoslavia, the Eltz castle on the bank of the Danube, that housed the Vukovar City Museum, was almost completely destroyed. Since 1997, after the end of the war, the museum, which had existed as a museum in exile, has been an active force in reconstructing social and cultural life in Vukovar. Barely 17 years after the end of the armed conflict, the Vukovar Museum presents tragedies of the past as things to be avoided in future, not in a spirit of revenge or glorifying military action, but concentrated on people’s suffering and the need for peace-keeping.

The Kenneth Hudson Award is given in recognition of the most unusual and daring achievement that challenges common perceptions of the role of museums in society. It goes to Micropia, Amsterdam, The Netherlands.

The museum, focused on the Celtic civilisation, is committed to environmental and social sustainability promoting

smart management of the natural site, preserving landscapes, prioritizing low-energy equipment and developing projects for long-term employment in certain types of work, with a programme of activities aimed at local community.

The exhibition reintegrates a controversial monument, which has long served as the focal point of battles over politics, culture, and regional identity. The project is a highly courageous and professional initiative to promote

The European Museum Forum (EMF) is an independent not-for-profit organisation. As a charitable company registered in the UK, it is dedicated to promoting

innovation in museum practice and encouraging exchange of best practice and ideas across Europe. The Forum operates under the auspices of the Council of Europe and is involved in far-ranging activities throughout the cultural field. It is one of the leading organisations in Europe for developing the public quality of museums and has achieved recognition through 39 years of providing its service.

EMYA 2016 Ceremony was hosted by the Tolosa’s International Puppet Center, Siletto Prize winner in 2012.
TOPIC is the Tolosa Puppets International Centre. Opened in November 2009, it is a singular, attractive, interesting project with an emphasis on imagination, innovation and originality. It is the only integral centre for the art of puppetry in Europe.

As a comprehensive centre, TOPIC has also become a meeting point for puppeteers from all over the world. A place to learn, perform, do research, produce, and share experiences, information, reflections and to work in a, comfortable, functional, well-equipped, avant-garde environment.

TOPIC is available to everyone who shares the prospects of developing, promoting

and perfecting the art of puppetry, from traditional to avant-garde; a place open for interaction with other fields of art. Combining documentation, research, exhibition, education, live performances and worldwide networking, TOPIC appeals to both, children and adults, as well as to the special audiences, who have become its enthusiastic public but also the active participants and volunteers in its programme events. TOPIC was winner of the Silletto Prize in 2012. www.topictolosa.com